Closely related to neighboring Czech, the Slovak language is a Slavic language spoken in the Central European country of Slovakia. Czech and Slovak were once considered a single language, until the dissolution of Czechoslovakia in 1993. Today, these two languages remain very similar, but there are enough regional variations between them both to warrant separate names and therefore separate translators.

Our network of Slovak translators are skilled professionals with proven expertise in their subject matters, helping you connect with new audiences in Central Europe.

Only native speakers translate into Slovak

With 5.2 million native speakers, Slovakian is the official language of Slovakia and is also spoken by minority groups in other Central and Eastern European countries. Ever since the dissolution of Czechoslovakia, Slovakia has gained a reputation as a small but highly developed country, and enjoys a robust, diversified economy. Its high standard of living and developed social infrastructure is supported by a variety of key industries and international trade. Major Slovak industries include automobile manufacturing and electric engineering, as well as oil refining, steel production, and IT. The high density of universities and research institutions also bolsters Slovakia’s international influence and contributes to its vibrant society, especially around the capital of Bratislava.

Many large international companies have set up regional headquarters or outsourcing centers in Bratislava, turning it into an increasingly global urban center. For all these reasons, Slovakia is an attractive market or source of potential collaborators for a wide variety of projects. 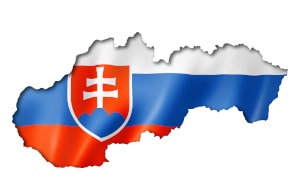 Slovak translators for every subject

Our native Slovak translators are subject matter experts in addition to language professionals. With certified expertise in the fields of electronics, economics, retail, legal translations, and more, they deliver accurate, effective translations to help you meet your goals in any specialized sector.

Receive a no-obligation quote on our innovative platform or contact us to find out more about translations into Slovak.